HomeNewsVINEYARD HOPES 1581 IS A GOOD YEAR FOR FIRST... 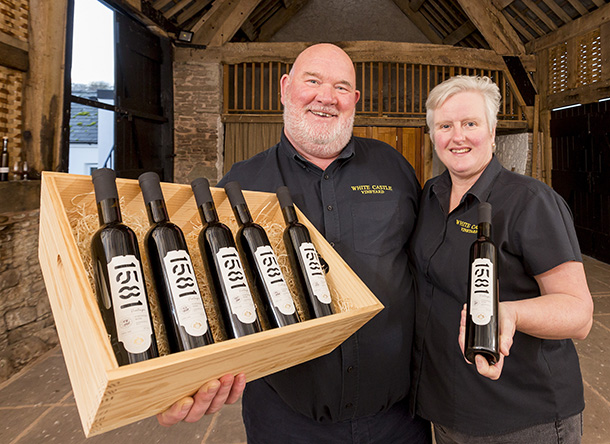 The result of four years of planning by White Castle’s owners Robb and Nicola Merchant, the new alcoholic drink is similar in style to Port.

The grapes are harvested and aged in the same way as Port and the result is a drink with an abv (alcohol by volume) of 19%.

Says Robb “Since we’ve had the vineyard it has always been a dream of ours to create a Welsh fortified wine. To make it you have to have a quality grape and were just waiting for the right harvest and volume to be able to do it.”

Adds Robb, who is also chairman of the Welsh Vineyards Association, “The quantity of grapes harvested in 2014 allowed us to put aside a 225-litre barrel of Regent wine with which to make our Welsh fortified wine. The result is drink that is light in texture, very fruity, and reflects what we do at White Castle.”

Available as a limited edition, a barrel has now been put away after each harvest and stored at the Three Choirs winery in Newent, which produces White Castle’s wines.

The new beverage has close links to the area’s heritage and takes its name – 1581 – from a grade II* listed Tudor barn at the vineyard, which is situated in the village of Llanvetherine near Abergavenny and Monmouth.

Its future once in doubt, Robb and Nicola worked with local building preservation charity – The Village Alive Trust, to save the building and with funding from Cadw and the Heritage Lottery Fund the Croft Barn has been restored.

The barn is now used for a variety of events including, open days and weddings, and for talks and courses about viticulture (the science of grapes and their culture).

Says Robb, “It is a wonderful building, and it is an integral part of our vineyard, so it was natural that we took the date of its construction for the name of our Welsh fortified wine. It has been an important building in the locality for centuries, and was featured by Lord Raglan in his book on ancient buildings in Monmouthshire.”

White Castle has been helped with its ventures by Cywain – a project which supports the development of new markets for growth orientated businesses in the agri-food sector.

Says Robb, “Cywain have been with us since we began, they have helped us in a variety of ways including branding. It is very much a two-way relationship and they have been fantastic.”

Says Cywain Development Manager, Rolant Tomos, “It’s been a privilege to see how White Castle have developed and the business grown in recent years. Launching 1581 will be another great leap for the business as it expands its product offering.” Ends.

Cywain was set up by Menter a Busnes to bring added value to primary produce within the agriculture sector. The project has received funding through the Welsh Government Rural Communities -Rural Development Programme 2014-2020, which is funded by the Welsh Assembly Government and the European Agricultural Fund for Rural Development.

About Menter a Busnes

Menter a Busnes was established in 1989. With headquarters in Aberystwyth it specializes in supporting new businesses, business growth, agriculture, skills development and food and drink sectors throughout Wales. It manages a number of programmes on behalf of the Welsh Government including Farming Connect and Cywain. 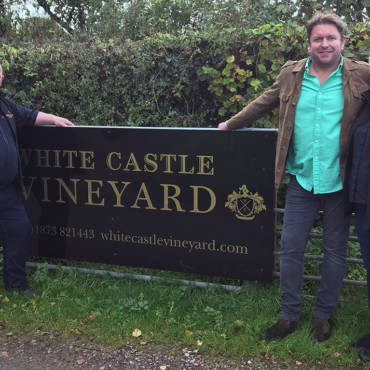 One Year to the Next. 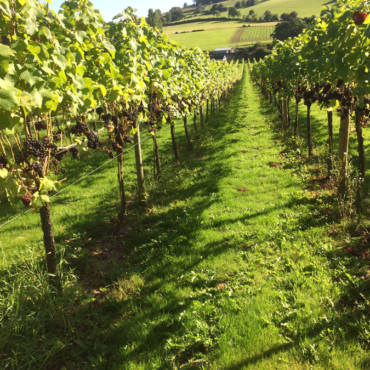 White Castle Vineyards 2019. Designed and Maintained by Websites Without Worry